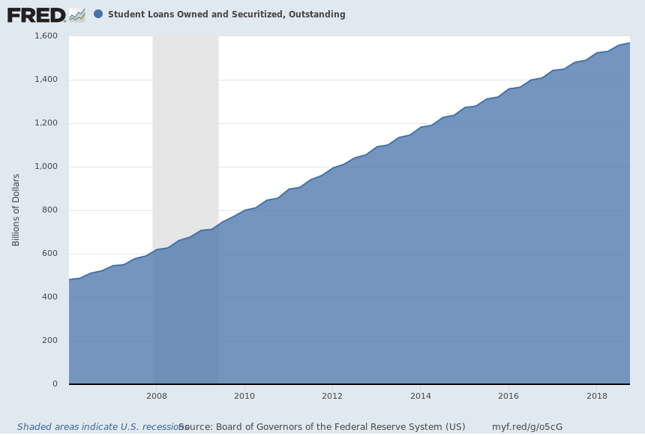 As of December 2018, per The Federal Student Aid website (an Office of the U.S. Department of Education), 92.80% of outstanding student loans are owned by U.S. Department of Education.  According to the National Student Loan Data System, 90.9 billion of the student loans are delinquent by 31 days or greater.  The amount of 90.9 billion or 5.8% delinquent loan balances would be a point of concern for any lending institution or business.